We are proud to endorse a slate of candidates for North Carolina’s 2022 May 17th primary election who are committed to enacting bold changes that will make life in this state and nation better for us all. 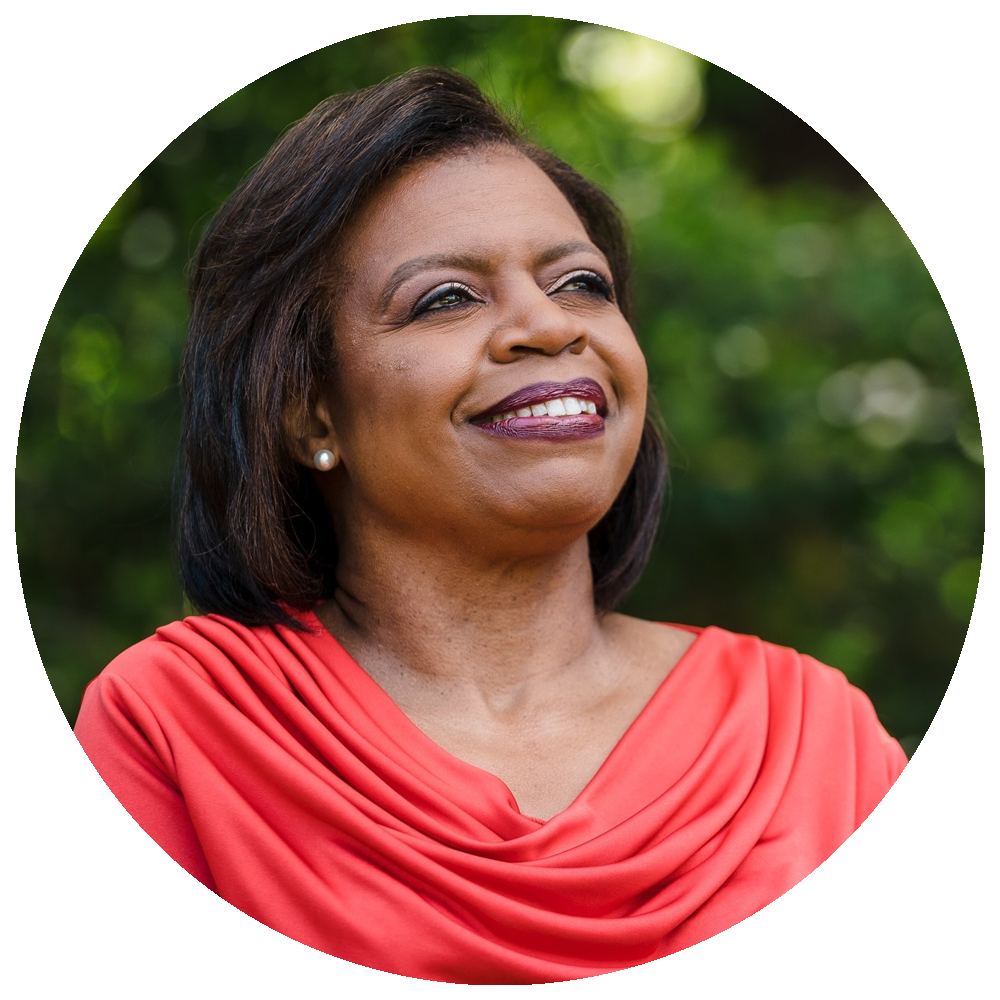 As a former judge and Chief Justice of the North Carolina Supreme Court, Cheri Beasley has spent her time in public service keeping communities safe, protecting the rights of North Carolinians, and ensuring that the law is applied equally for all people. These core values are reflected in her belief that leaders should reflect the diversity of the state and encourage full participation in our democracy and society. To Beasley, this work includes engaging in intentional outreach to AAPI activists and spending time with growing AAPI communities, speaking out against anti-Asian hate and violence, and building a campaign that supports language accessibility. While working as a judge, Beasley created policies to ensure paid family leave for working people, and focused on keeping kids out of the school-to-prison pipeline; as a candidate for US Senate, she aims to grow job opportunities statewide, make healthcare accessible and affordable, and supports an improved and clearer pathway to citizenship.

“This campaign is focused on reaching out to voters in diverse communities across this state, and I’m grateful to earn the support of NCAAT in Action. Together, we can build a strong, inclusive campaign that can win in November, and in the U.S. Senate, I will fight for all North Carolinians.” — Cheri Beasley

Working to increase safety for people of color, refugees, and immigrants through solidarity forms the foundation of Allam’s desire to serve, organize, and advocate on behalf of the AAPI community. Allam has advocated for economic empowerment for those affected by the pandemic in North Carolina, including raising the minimum wage for Durham County employees and providing property tax relief for low-income Durham residents during her term as Durham County Commissioner. In Congress, she will continue to fight for raising the minimum wage for all Americans, to pass laws that ensure the safety of communities of color, and to safeguard the Voting Rights Act and reproductive justice. 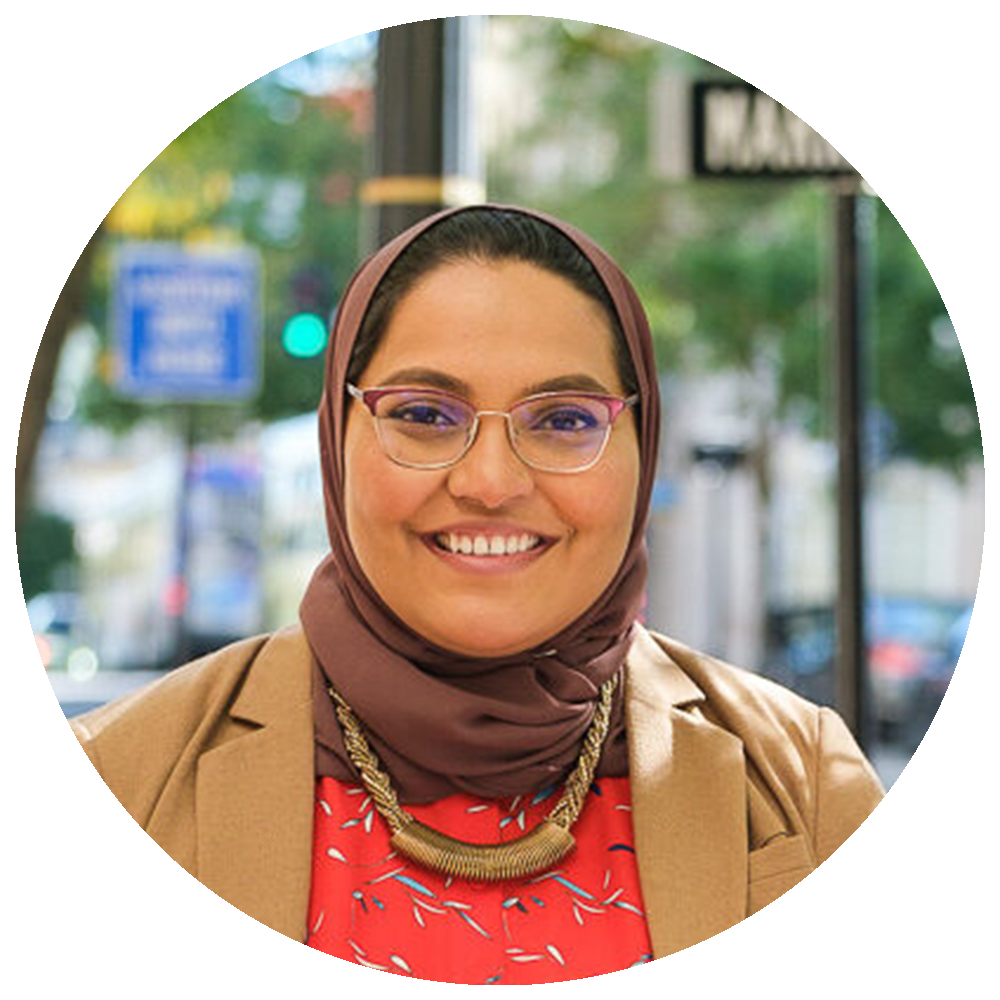 “I’m honored to be endorsed by NCAAT in Action. Our campaign is building a grassroots movement committed to reaching out to voters who have historically been ignored by those in power. NCAAT’s important work in organizing the AAPI community points to shared values that I will be proud to take with me to Washington.” 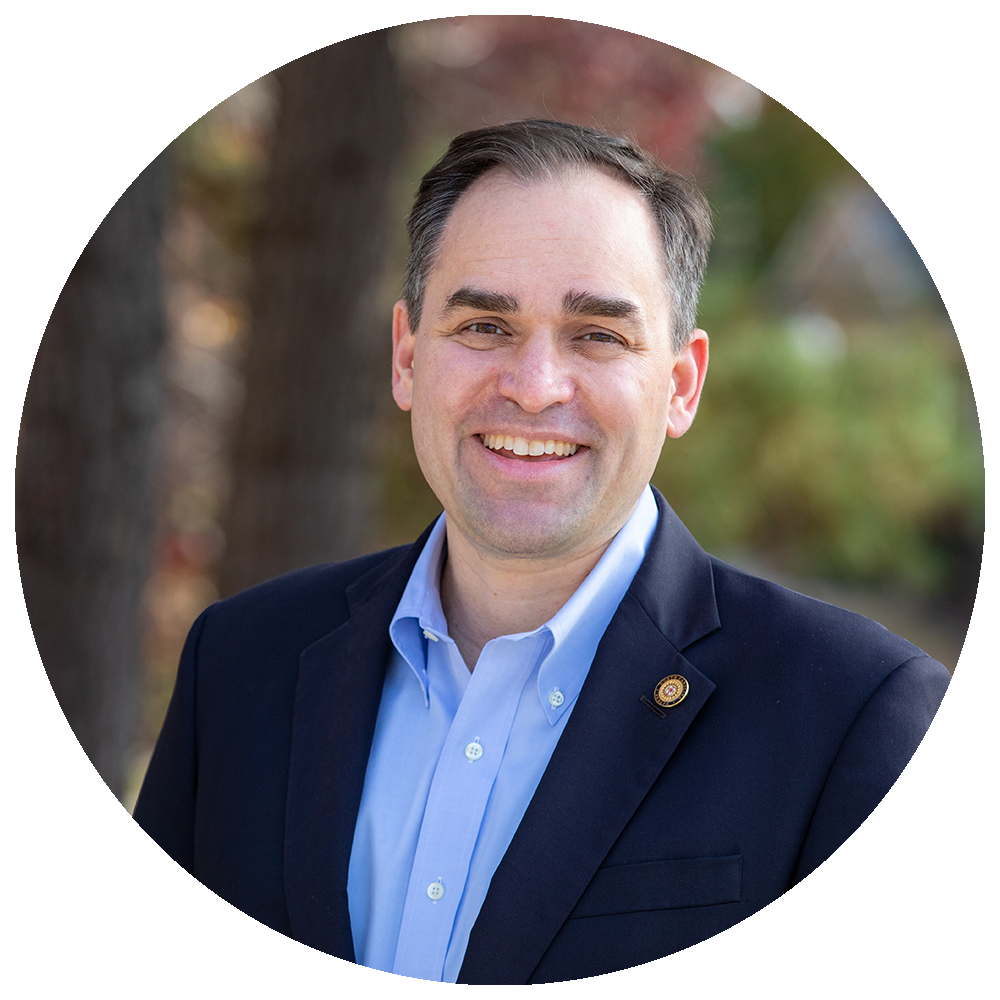 In the North Carolina State Senate, Nickel serves on the Judiciary Committee, the Redistricting Committee, and the Pensions and Retirement Committee. As a criminal defense attorney for the past decade, Nickel has worked every day to see that his clients are treated fairly and compassionately by the North Carolina justice system. Nickel is an experienced public servant focused on making real our economy work for everyone, protecting our voting rights, and investing in quality education.

“I’m so honored to have the endorsement of NCAAT in Action in this race for Congress. The Asian American community is a leading partner in this fight to deliver high quality public education, equality, and an economy that works for everyone. I’m looking forward to making continued progress together in Washington.”

As a civil rights lawyer for 26 years, Grafstein’s work has shown her that fundamental changes are needed in order to build a more just society, especially when it comes to producing fair economic outcomes and racial equity. Grafstein’s work has included labor and employment issues, including workers’ rights, discrimination, and wage issues. For the last 10 years, Grafstein has worked on civil rights for people with disabilities, including voting access, healthcare issues, and discrimination in public services. 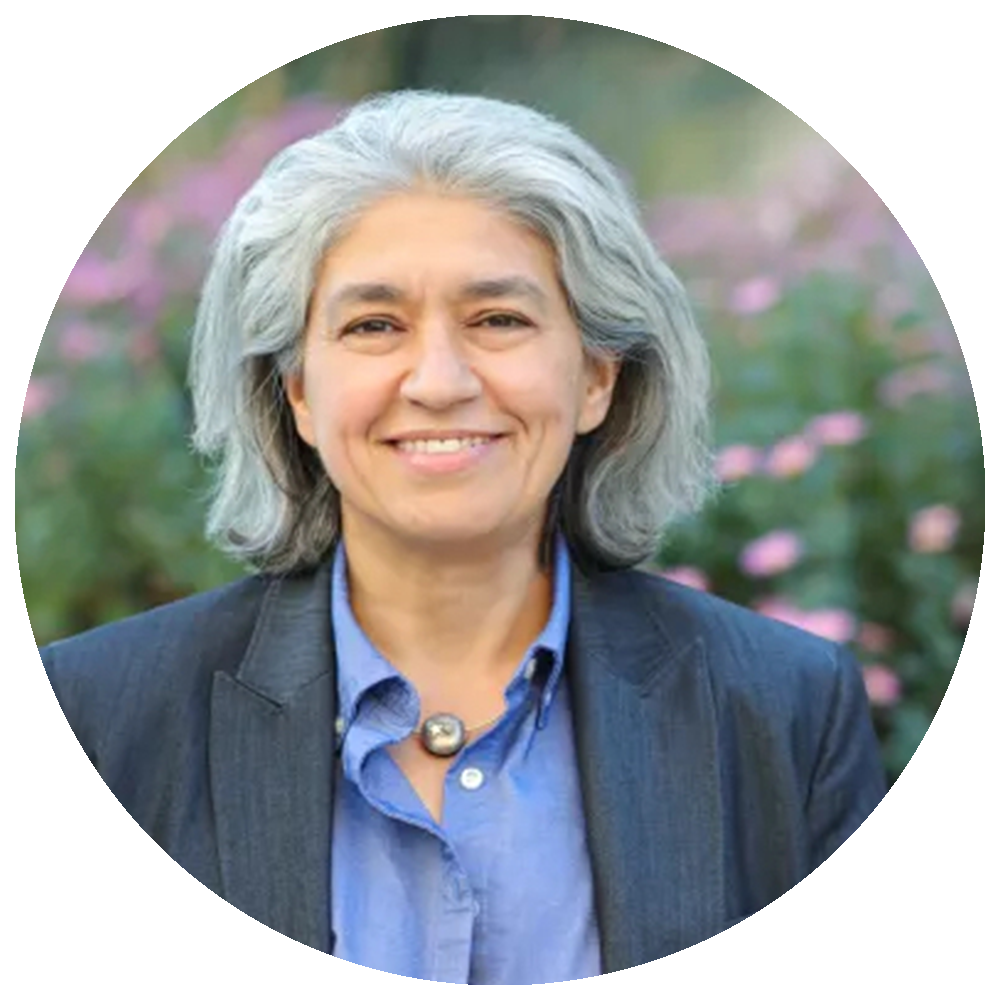 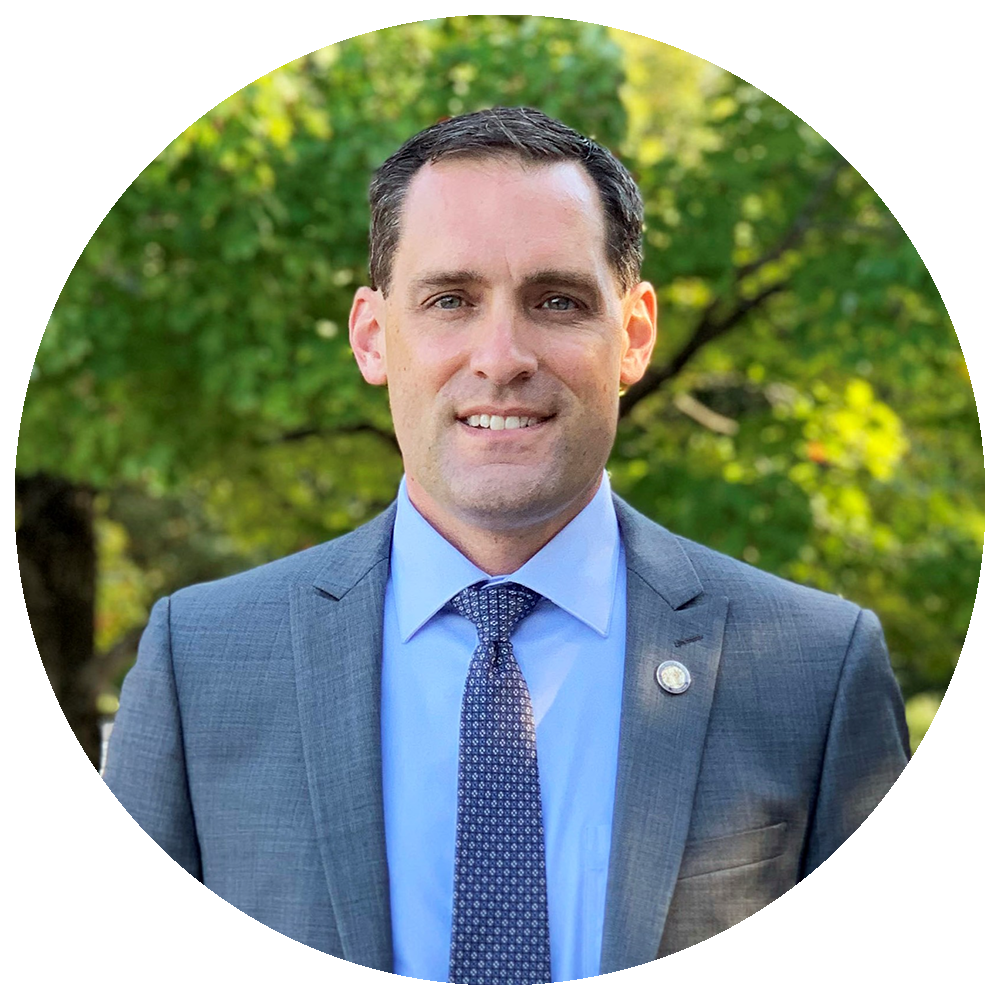 Meyer spent 16 years working in North Carolina Public Schools, helping kids be the first in their family to go to college. During the past 8 years Meyer has served in the North Carolina House, he has become an advocate for education, climate action, voting rights, affordable health care, paid family leave, criminal justice reform, and more. Throughout his time in the State House, he has been a primary sponsor of legislation that would give benefits to undocumented immigrants, including in-state college tuition in the UNC system and driver’s licenses. He has also introduced legislation that would increase appropriations for English language learners in public schools.

As a board certified physician practicing medicine, Aziz listens to her patients every day and understands their issues and concerns. Aziz is an advocate for medicaid expansion and feels that patients should not have to choose between affording their medicines, paying doctor’s bills and buying their groceries. As a mother of two children, Aziz believes that every child has the right to quality education and that access to a safe environment, safe drinking water and clean energy is a basic human right. 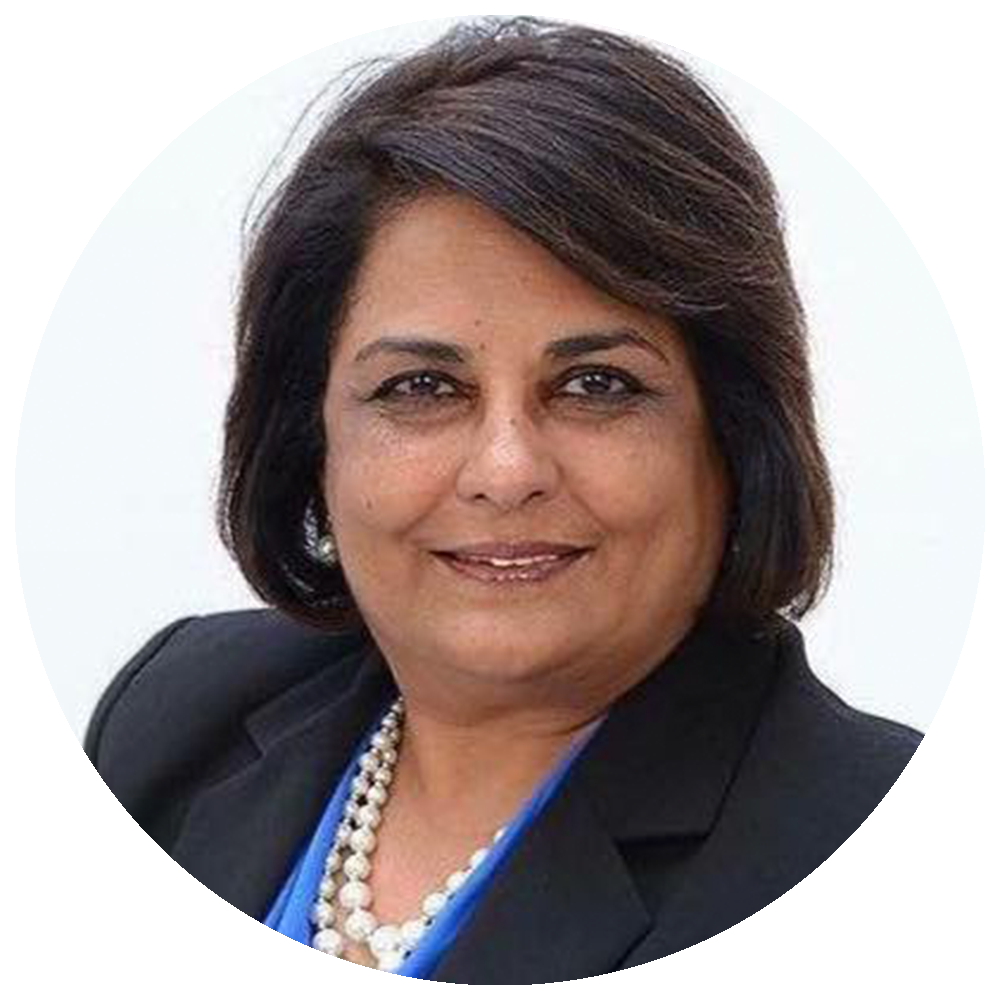 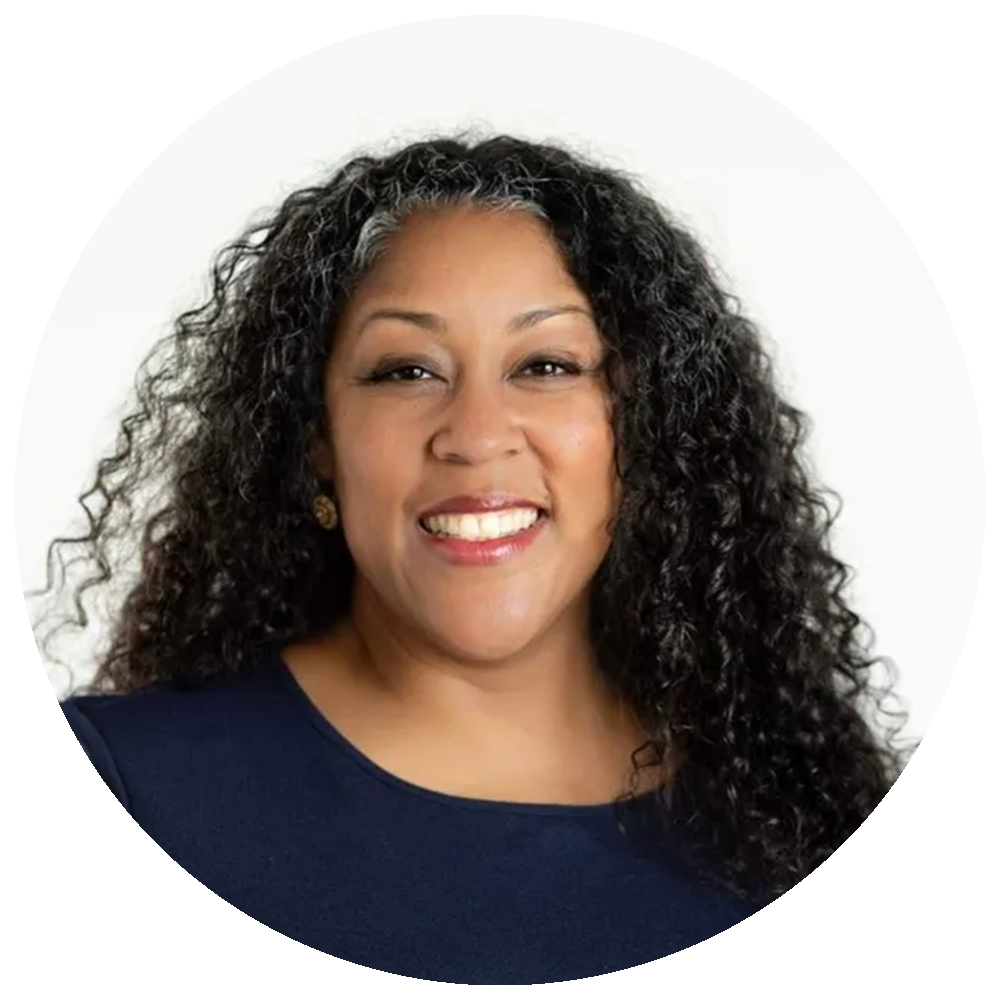 As a former school social worker, Dr. Hardy knows the difference one person can make and the importance of state laws and policies in creating systems. For the last six years, she has been a social work professor at Fayetteville State University, teaching students how to look at the big picture to tackle needs and issues. Dr Hardy believes that Eastern Cumberland County and Fayetteville have key needs that have gone unmet and that there’s much more to be done to help people out of poverty, to make health care and homes accessible, to protect everyone’s rights and dignity, to stabilize the climate, and to create good, high-paying jobs.

A member of the Hillsborough Town Board of Commissioners since 2018, Hughes has been an advocate for economic development, affordable housing, and equity. During his time on the Orange County Human Relations Commission, the commission worked with local community members on the resettlement and integration of the Burmese and Karen refugee communities. This has included ensuring county services reflected the linguistic needs of immigrants and working to include them in decision making. 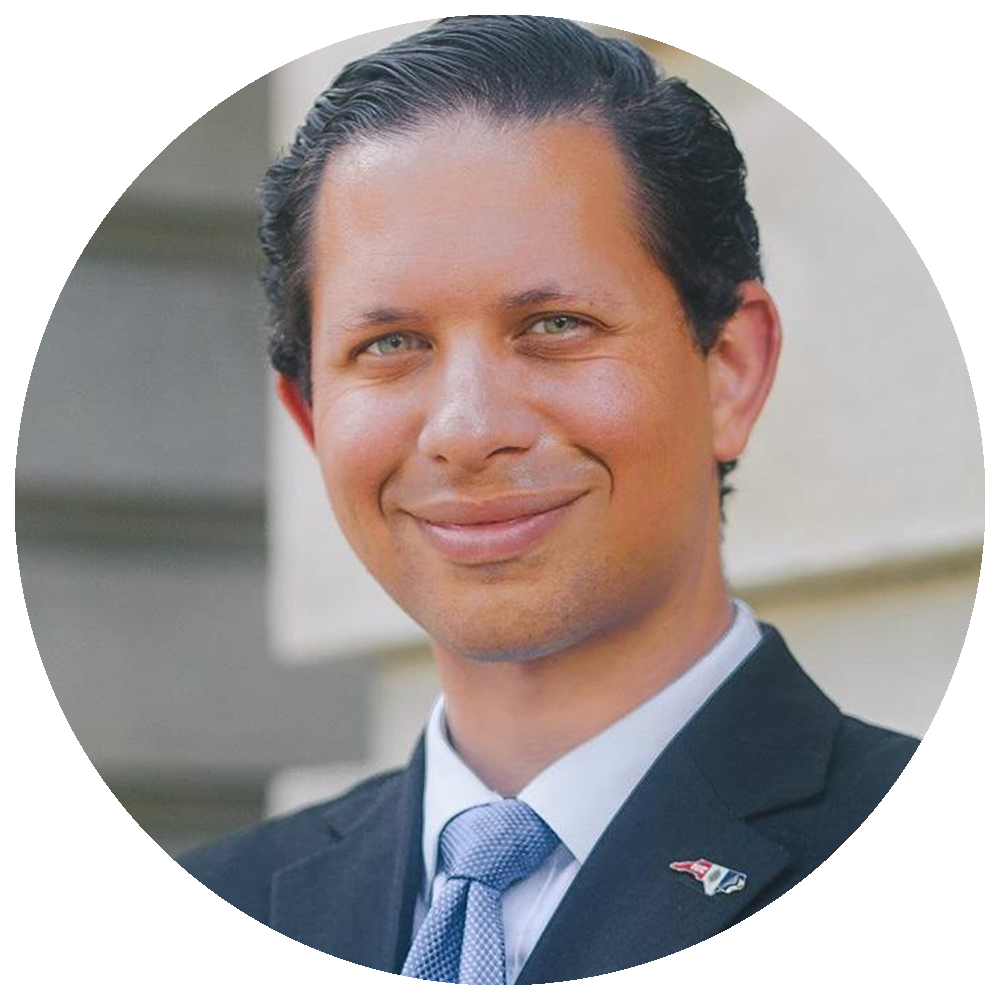 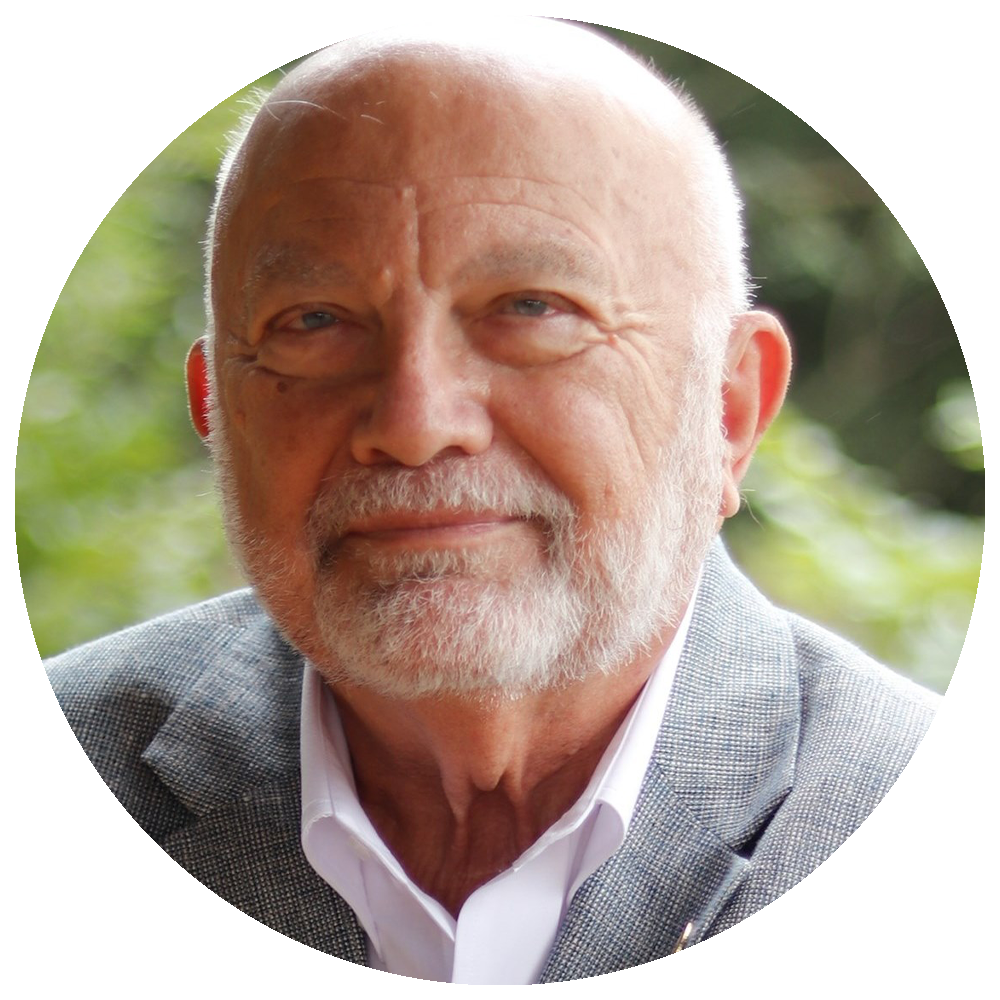 Representative John has had significant experience in all three branches of the State government, including as District Court, Superior Court and Court of Appeals Judge; DMV Deputy Commissioner; and a three-term member of the NC House of Representatives. Representative John supports increasing family-based immigration, an opportunity for citizenship for all undocumented migrants with minimal obstacles, clearing application and hearing backlogs and reunifying families separated by migration or detainment. He has been supportive and co-sponsored bills in the General Assembly to increase protections for immigrant victims of crimes, and opposed anti-immigrant legislation like HB370 in 2019.

As a daughter of immigrants, Councilmember Ajmera has experienced firsthand the struggles of working families, going from cleaning hotel rooms in order to pay for college to managing multi-million dollar budgets before joining public service. Ajmera has served on Charlotte City Council since January of 2017. During her tenure, she has successfully championed a language access plan for all city services and affordable healthcare for thousands of city employees. Ajmera has advocated on issues such as public safety, affordable housing, the environment, women’s equality, and sustainable infrastructure. 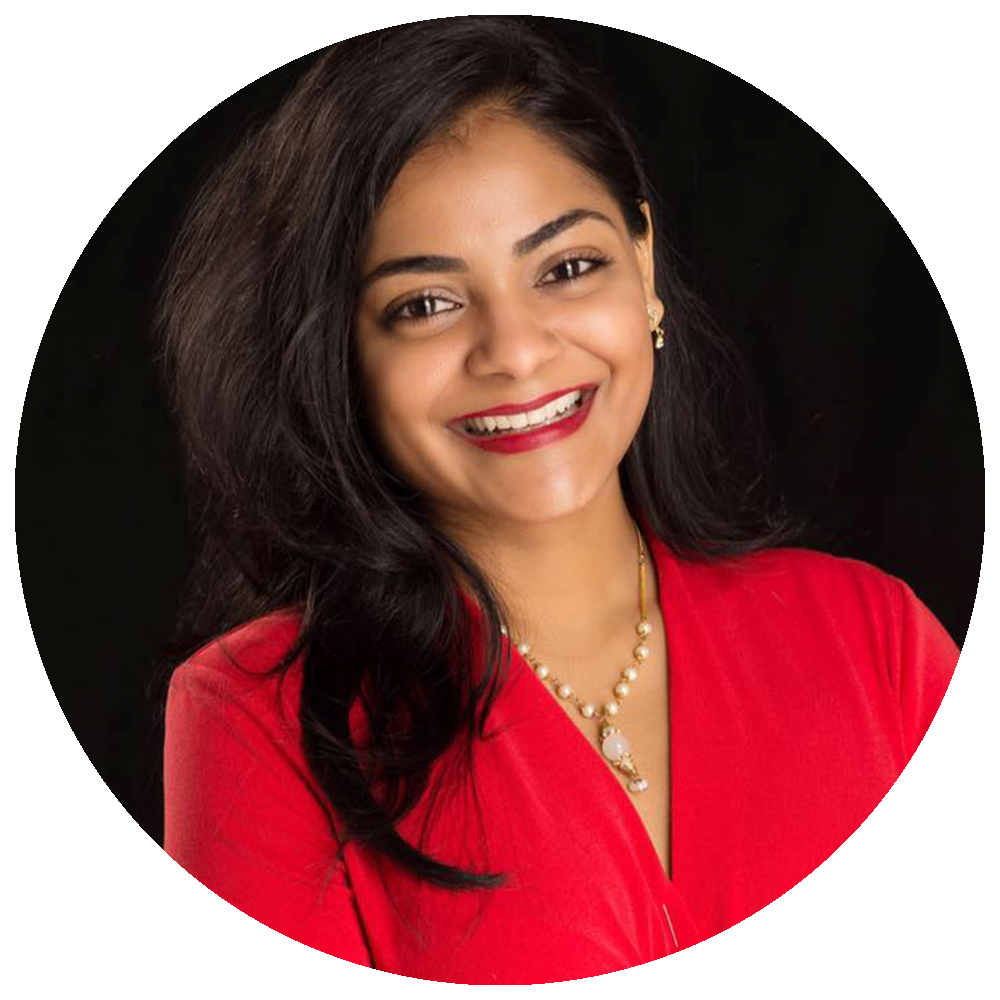 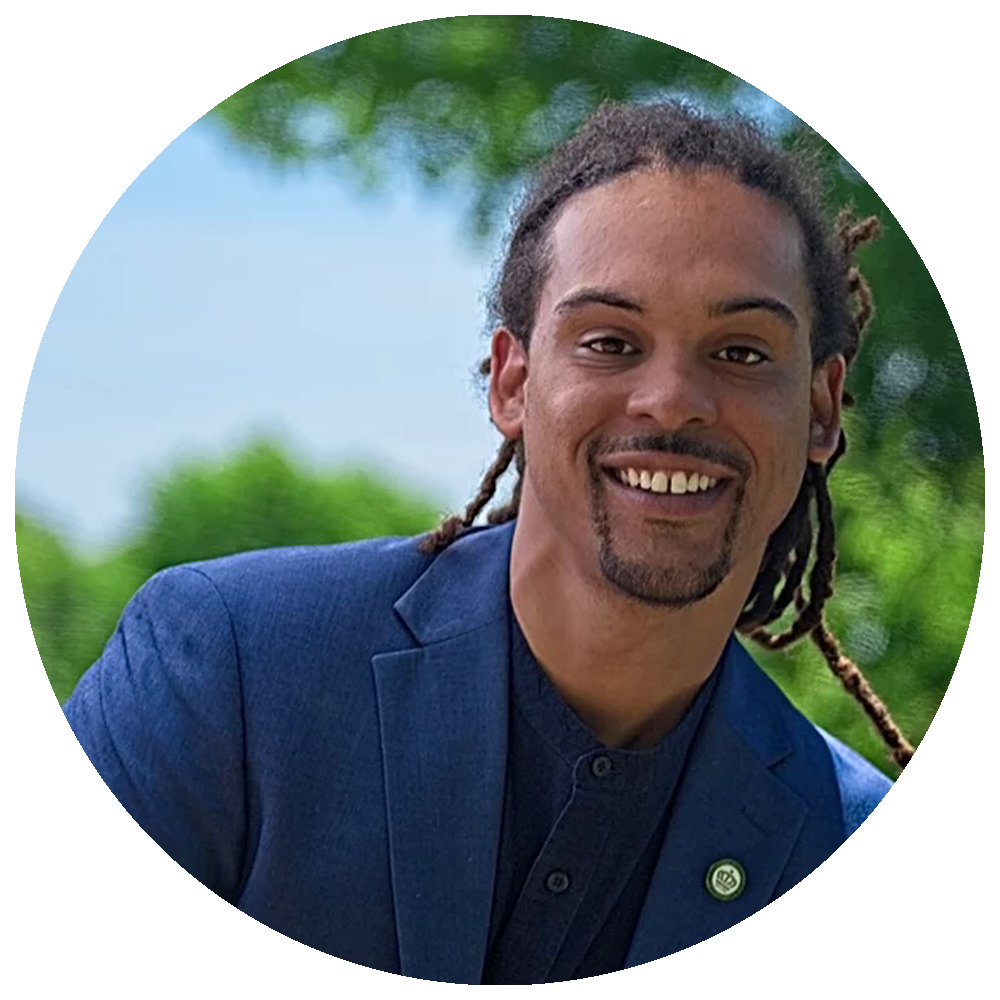 First elected to Charlotte City Council as At-Large member in 2017, Winston has been an advocate for immigrant communities in the city, helping to advocate for a rule change that allowed all Charlotte residents, regardless of immigration status, to serve on local boards and commissions. Winston has also lobbied Congress for comprehensive immigration reform in his role as the co-chair of the intergovernmental relations committee. As a member of the Charlotte City Council’s Equity, Engagement, & Environment committee, Winston is currently working on expanding language access for the City of Charlotte.

Benavente is a life-long Fayetteville resident in his district and collaborated with other young people to lobby the city in 2018 to create the Millennial Advisory Commission, a new citizen’s advisory board focused on issues most pressing to the community. He has participated in efforts to end cycles of generational poverty through Pathways for Prosperity, end the food desert on Murchison Road with Murchison Choice Neighborhoods, and address the eviction crisis through Legal Aid of NC. Benavente would be the first Korean American to serve on the Fayetteville City Council, elevating Asian American voices in Fayetteville. 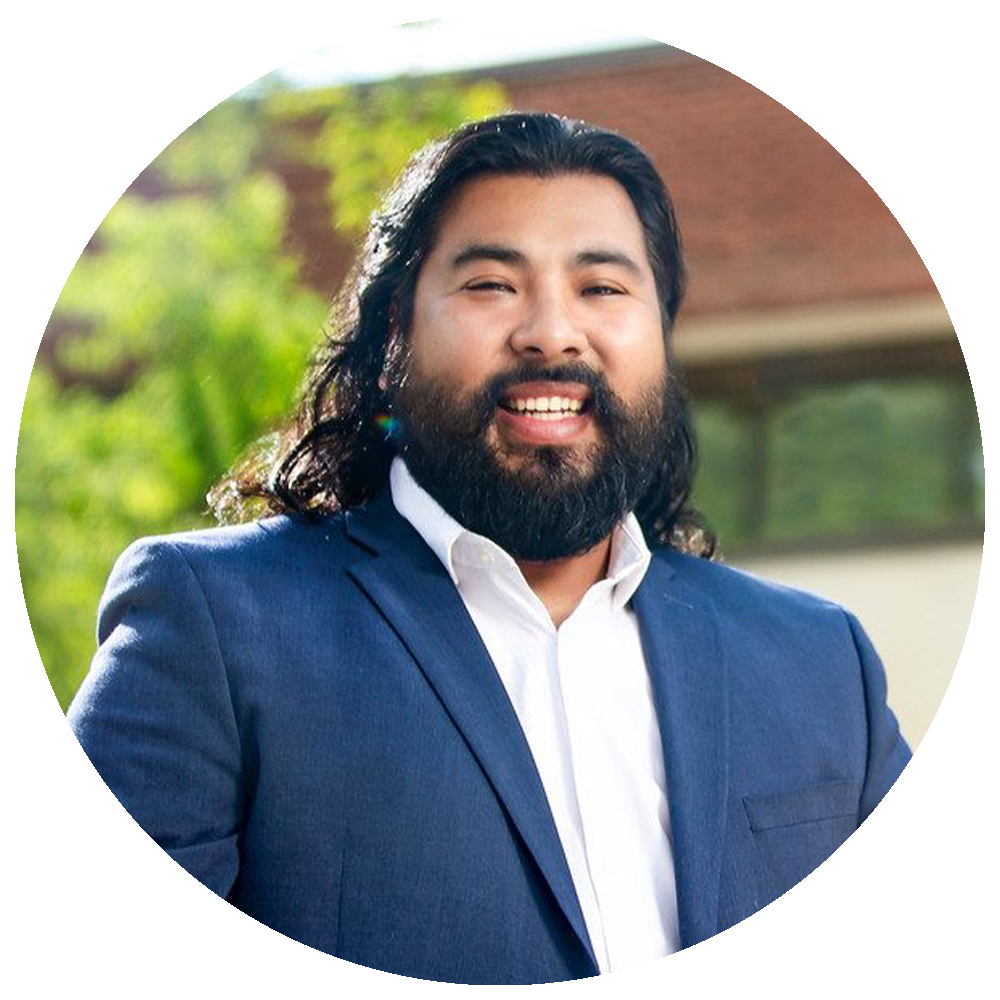 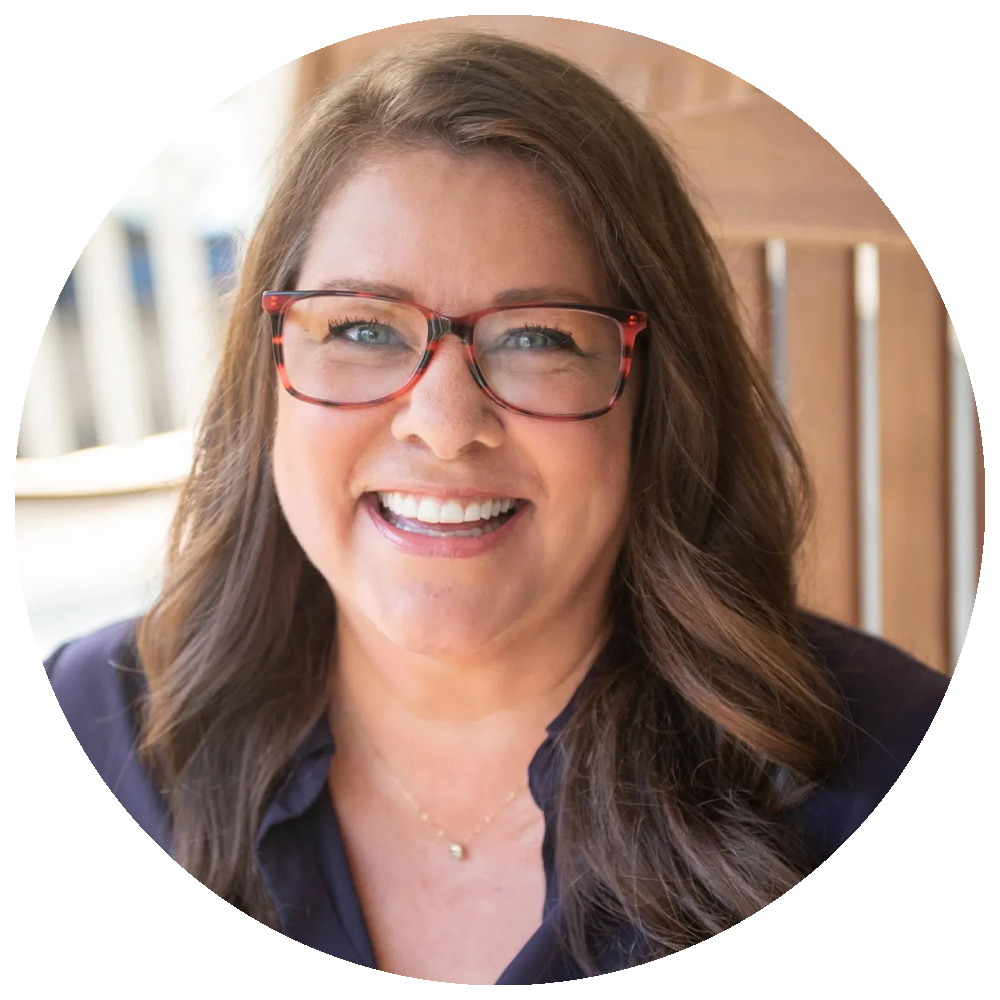 A resident of Cary for 25 years, Johnson has served 4 years on Cary’s Information Services Advisory Board, 3 years as Vice Chair of the Cary150 Commission, and graduated from the Cary School of Government. She will advocate for practical local solutions to address the climate crisis, housing affordability challenges, and inequity in the community. She also intends to introduce a Non-Discrimination Ordinance for the Town of Cary and work to build better representation and equity for all Cary residents.

Insprucker is a former Wake County Public Schools substitute teacher and has volunteered for non-profit organizations building strategic relationships with partner organizations, policymakers, and the media in order to deliver more services to the community. Having proactively reached out to Asian American communities in Cary, she intends to be responsive to concerns of all Cary residents, including housing availability and workforce housing, solid transportation options, wise development with coordinating infrastructure, and a green and sustainable environment. 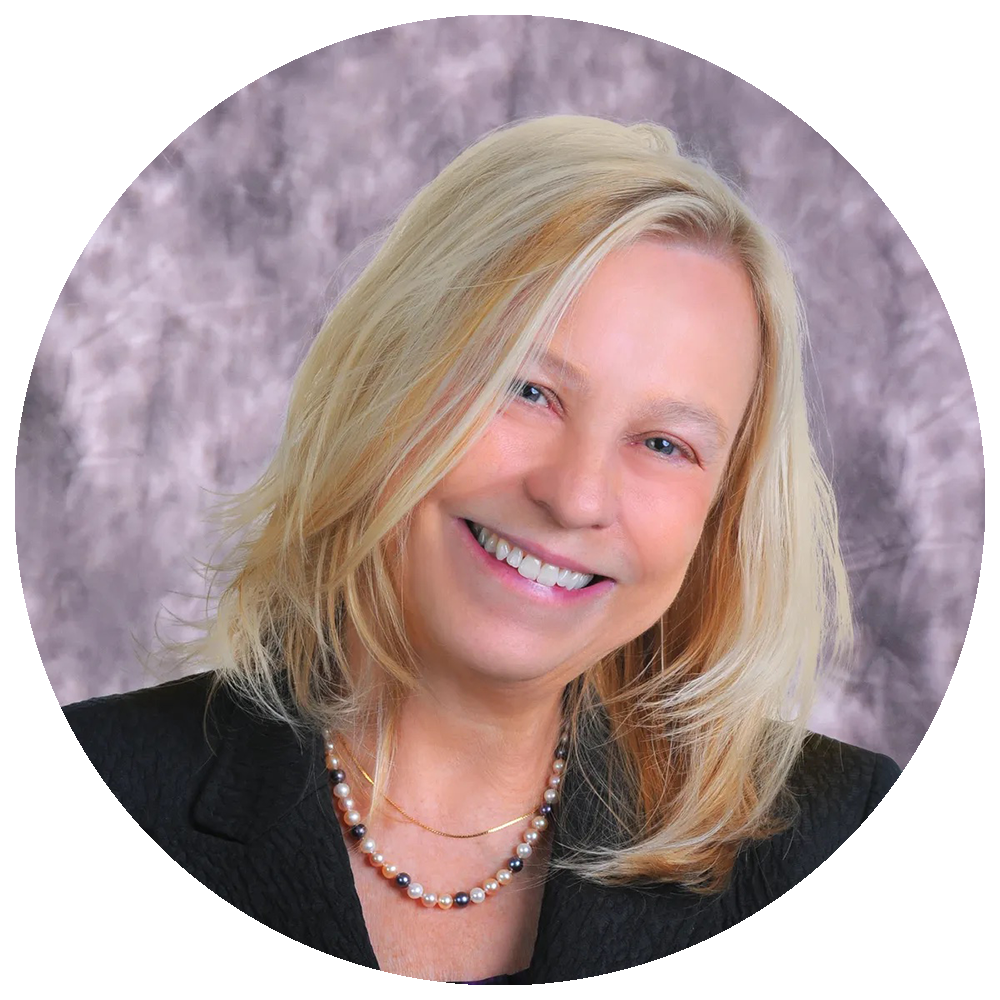 Candidates seeking potential endorsement from NCAAT in Action for the upcoming November 2022 midterm elections may submit answers to our candidate questionnaire for consideration here: https://ncaatinaction.org/2022-endorsement-questionnaire